Super Junior Eunhyuk has been reported to have visited TVXQ last night at KBS Music Bank. He made a surprising appearance in Yunho and Changmin’s waiting room. Eunhyuk left from his radio show (Sukira) earlier than usual to greet his seniors and watch them perform their comeback stage.

The other Super Junior members, except for Eunhyuk, were unable to to greet the duo due to their own promotional and individual activities. An SM entertainment representatives said, “Even with all the schedules, they called and texted U-know Yunho and Max Changmin to congratulate them, and other celebrities called them as well. They must have gotten a lot of strength from that.”

TVXQ will have their second comeback stage on MBC Music Core tonight and will perform three songs, “How Can I”, “Maximum”, and “Why (Keep Your Head Down)”. They will also appear on SBS Inkigayo on January 9th. 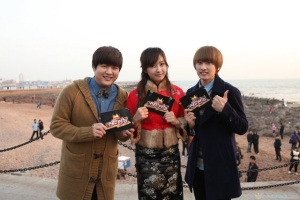 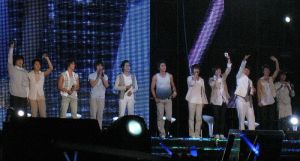 “Super Junior is a Korean pop boy band with 13 members and a strong presence on social sites like Facebook. The band, which was formed in 2005, attracts millions of views on YouTube.” 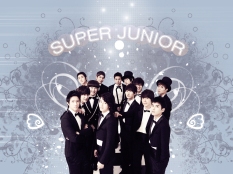